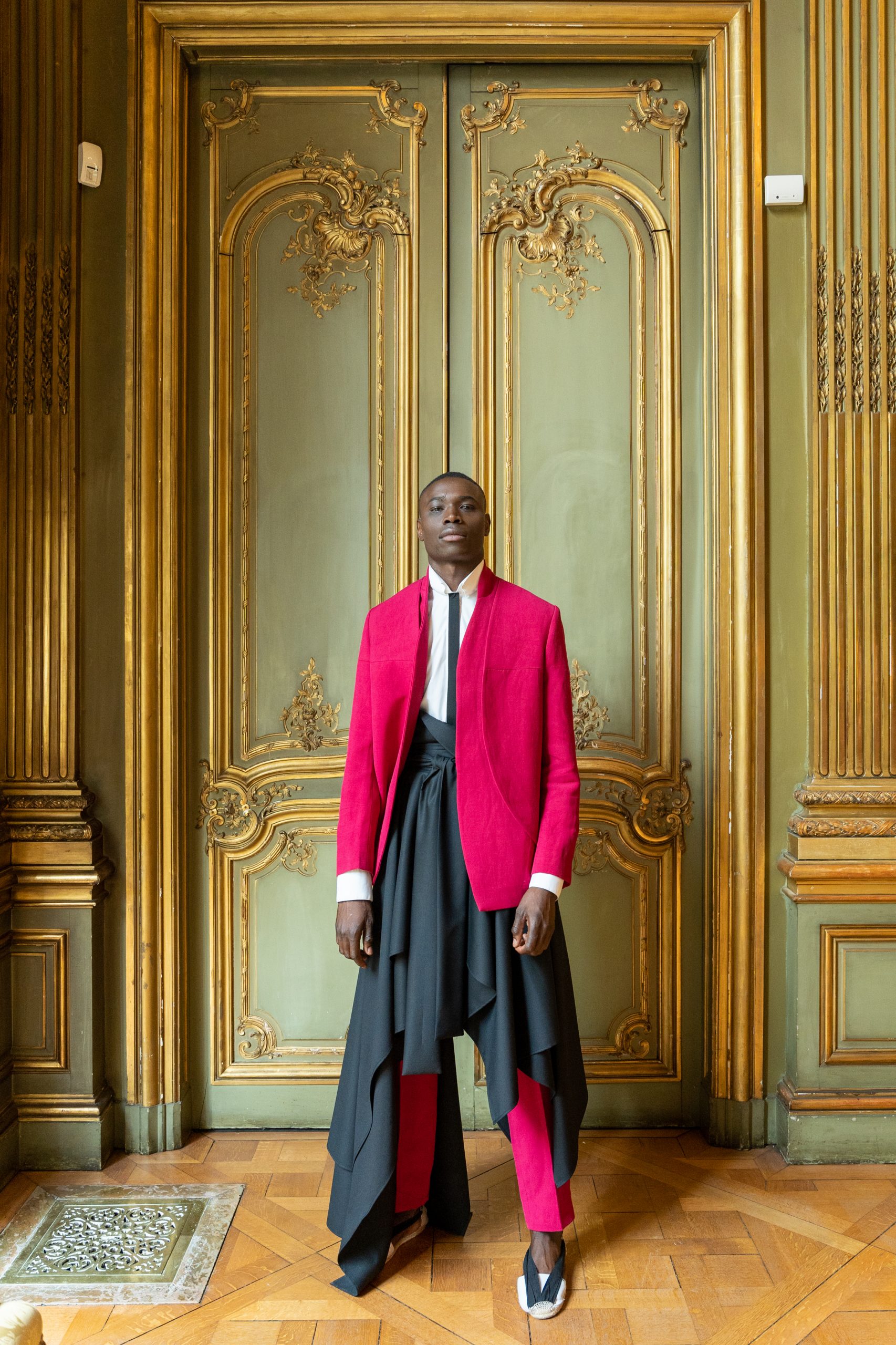 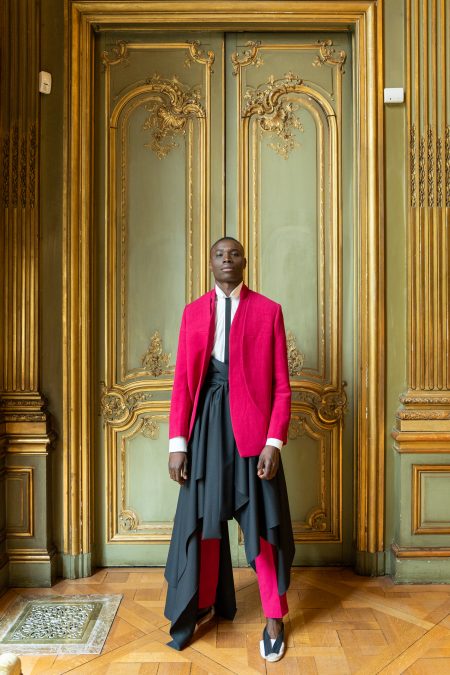 Within the framework of the celebrations of this latest Men’s Fashion Week in Paris, a catwalk that was finally coming to an end this past Sunday after 6 days of intense days of fashion shows and presentations, the Spanish firm Oteyza presented its new men’s fashion proposal for next season Spring/Summer 2023.

Designed under the epigraph of “Air“, a title with which the Spanish house tried to collect the influences on which the collection has ended up being built, the proposal saw the light throughout a presentation that took place between the halls of the residence of the Spanish ambassador in Paris. A mansion located at number 15 of the elite Avenue George V, between Plaça de l’Alma and Champs-Elysées Avenue, which thus served as the perfect backdrop to publicize, before a select group of guests, the latest creations from the Madrid house. Designs that paraded between the rich rooms of the residence, throughout a physical event exclusively accessible by invitation, which took place between 11:30 a.m. and 2:00 p.m. last Friday. Furthermore, this is the setting chosen by the brand to take the photographs that make up the “lookbook” of this collection, which while parading before the eyes of the small and select group of guests at the event, was made known through the channel online from the official platform of Paris Fashion Week, hand in hand with a kind of “fashion film show” shot at the foot of the Eiffel Tower from the Trocadero Gardens. 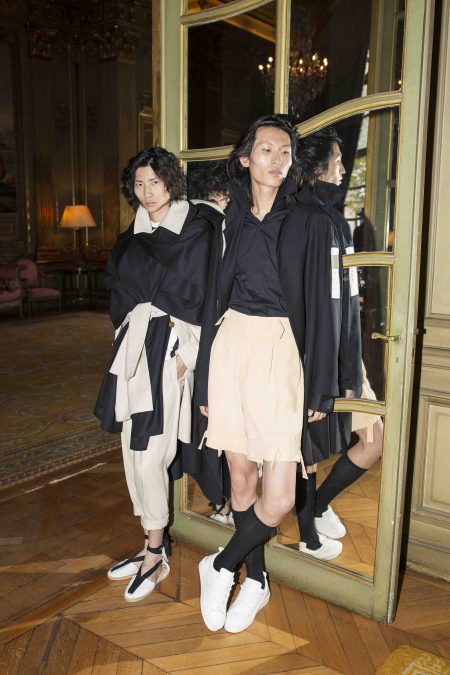 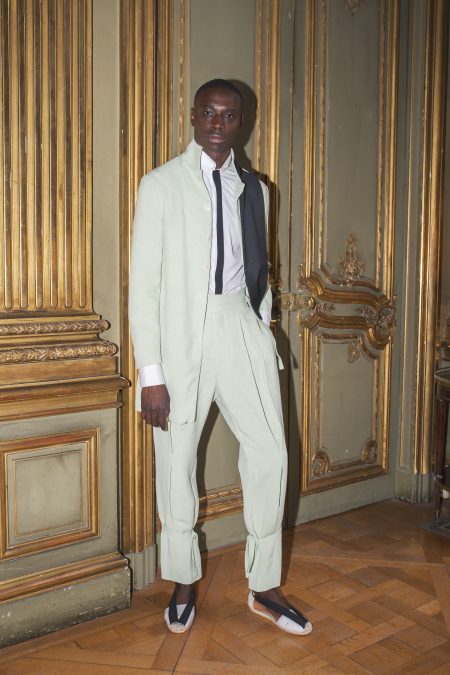 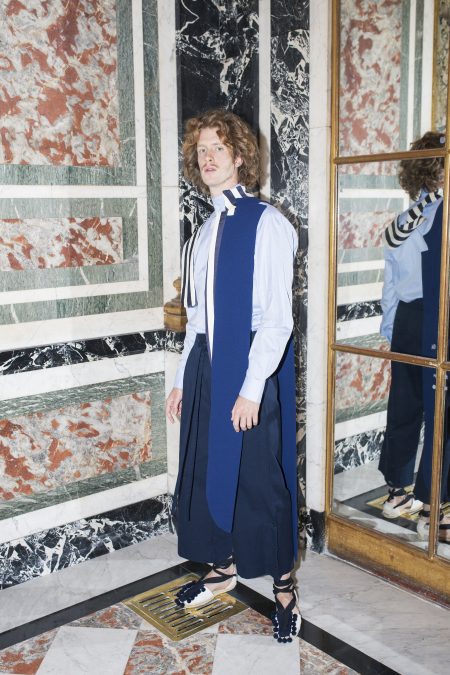 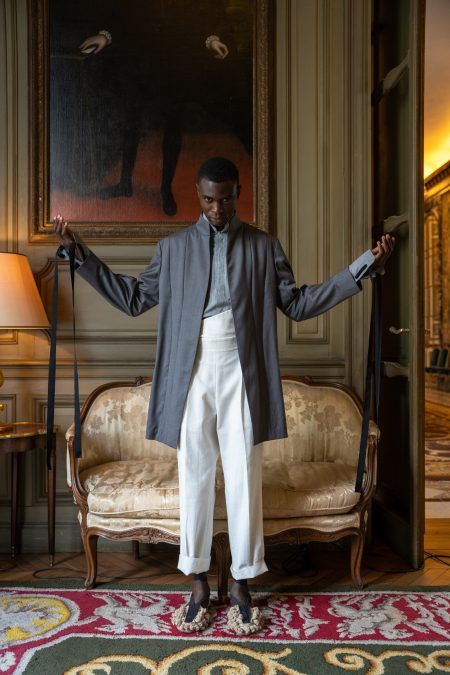 Towards the construction of a new urban tailoring

Responding to the honor of having been invited, for the sixth time, by the French Fédération Française de la Haute Couture et de la Mode to present one of its menswear proposals within the official calendar of Paris Fashion Week, Oteyza presented a a collection with deep Spanish roots, whose classic charm ended up fading to give way to a succession of furiously modern and contemporary garments. Pieces in which the Spanish was conjugated in equal parts with certain French and oriental airs, in what seemed to come to give a fair response to the name chosen by the house for this collection “Air”. A proposal that, in short, Oteyza presents as the latest sample of that permanent exercise that they have been carrying out for the deconstruction of some masculine classics, with which to give way to a new language of urban tailoring, in which there is room for pants and jackets of a new “tailor type”, even for sweatshirts and sneakers.

“Air is a new progression in the firm’s ‘Street à Couture’ approach”, an idea from which they are trying to ignite the evolution towards this new urban tailoring. Objective for which on this occasion they use a proposal “where the lines continue to modify their formal axes”, they detail from Oteyza through a statement, “to offer a message of freshness and street full of functionality, color and sophistication” .

“On this occasion”, they add, the Spanish fashion house “reflects on ‘air’ as a true vector and creator of form”, in “an exercise in constant balance, rhythm and progression”. An “air” that ends up rising in the molding element of the garments, thus responding in turn to that assimilation of movement, “one of the pillars of the house”, they emphasize, as the “voice of form”, as “the word in the seam”, as “the truth in creation”. 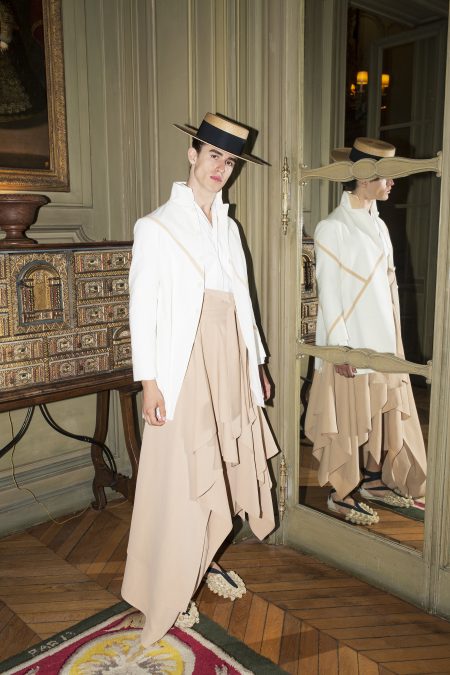 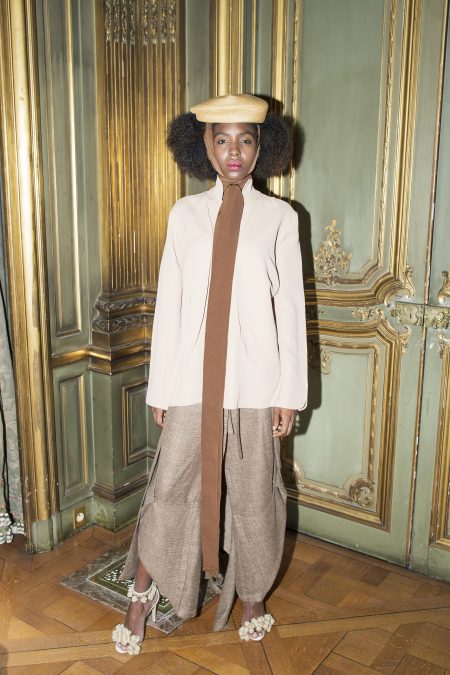 Materializing this series of metaphysical inclinations and appreciations, and using in turn the influences of the avant-garde Fauvist painter Raoul Dufy and the color of his works, Oteyza has unveiled a collection built on a rich exercise in shapes and chromatism .

Armed with a vibrant and summery chromatic palette, in which the presence of the traditional blacks and ochres of the house is reduced, to give way to beiges, greens, blues, violets, salmon oranges and fiery fuchsia pinks, we will find collection of unstructured forms, characterized by arriving endowed with ample and fluid volumes and architectural cuts. Standing out as main pieces of the proposal from different models of skirts, to pants, jackets and shirts from which they play with their lengths and shapes to present them as a vibrant and brilliant game of volumes. An exercise that undoubtedly also contributes to its materialization through a wide variety of materials, such as linen, cotton, wool and silk.

“Linens, cottons, extra-fine merino wool and blends of linen, wool and silk, or Egyptian cottons, mark the falls and volumes of the pieces”, on this occasion seasoned with “handmade wicker and leather accessories”, they go into detail from Oteiza. With their sculptural and fluid lines, “the pieces affirm that in Oteyza the past and the future are contemporary” and “that there are no time limits”, as is clearly shown by some “traces” that at the same time “mark the sartorial gravity and the joy and thrust of modernity”. Principles that we will find well summarized in this proposal of “pure lines in unstructured forms”. A collection “with larger volumes and more collected pieces in an agile and versatile urban rhythm”, characterized by its garments with “side slits and raised collars”, its “plays of long volumes in trench coats and pants”, and for having some “bermudas, t-shirts, polo shirts and sneakers, with very refined lines”, and with “greatly expressive sweatshirts”, thanks to their vivid tones. 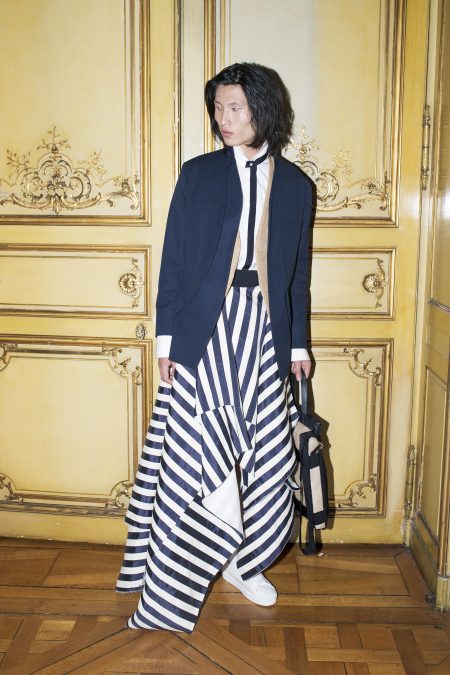 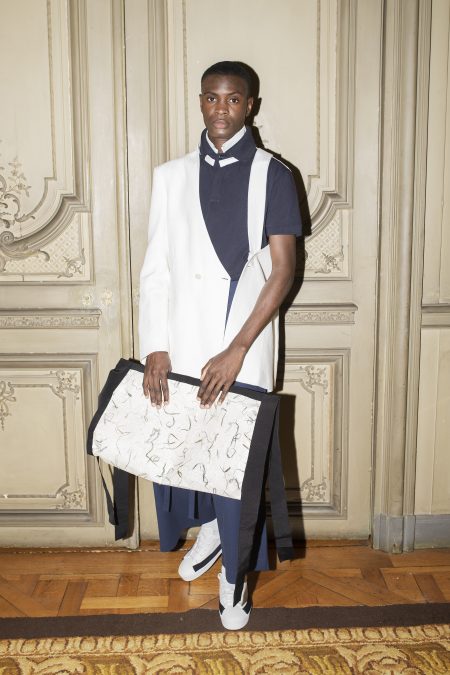 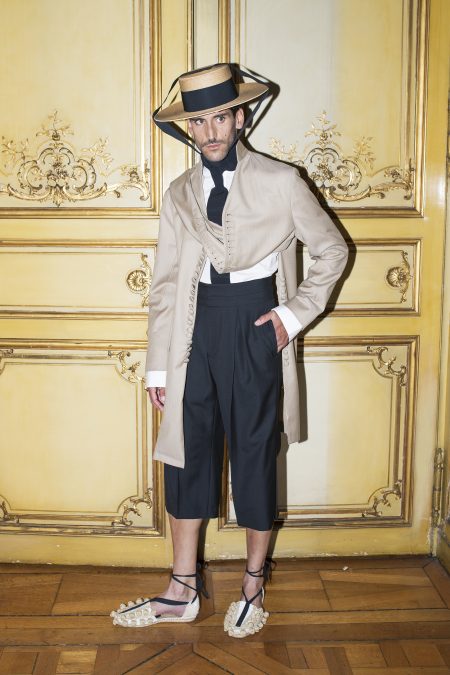 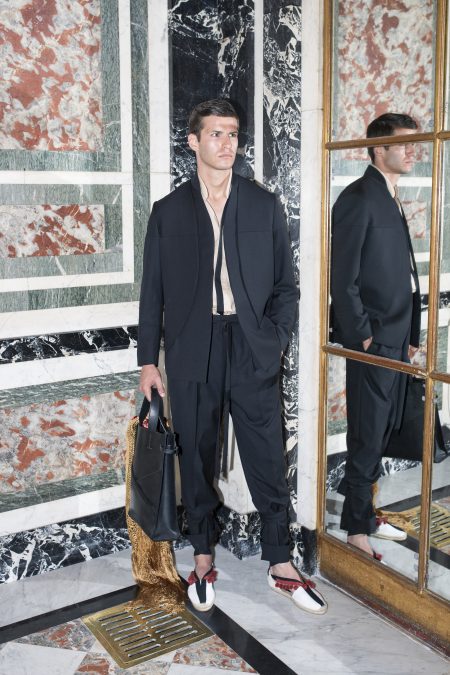