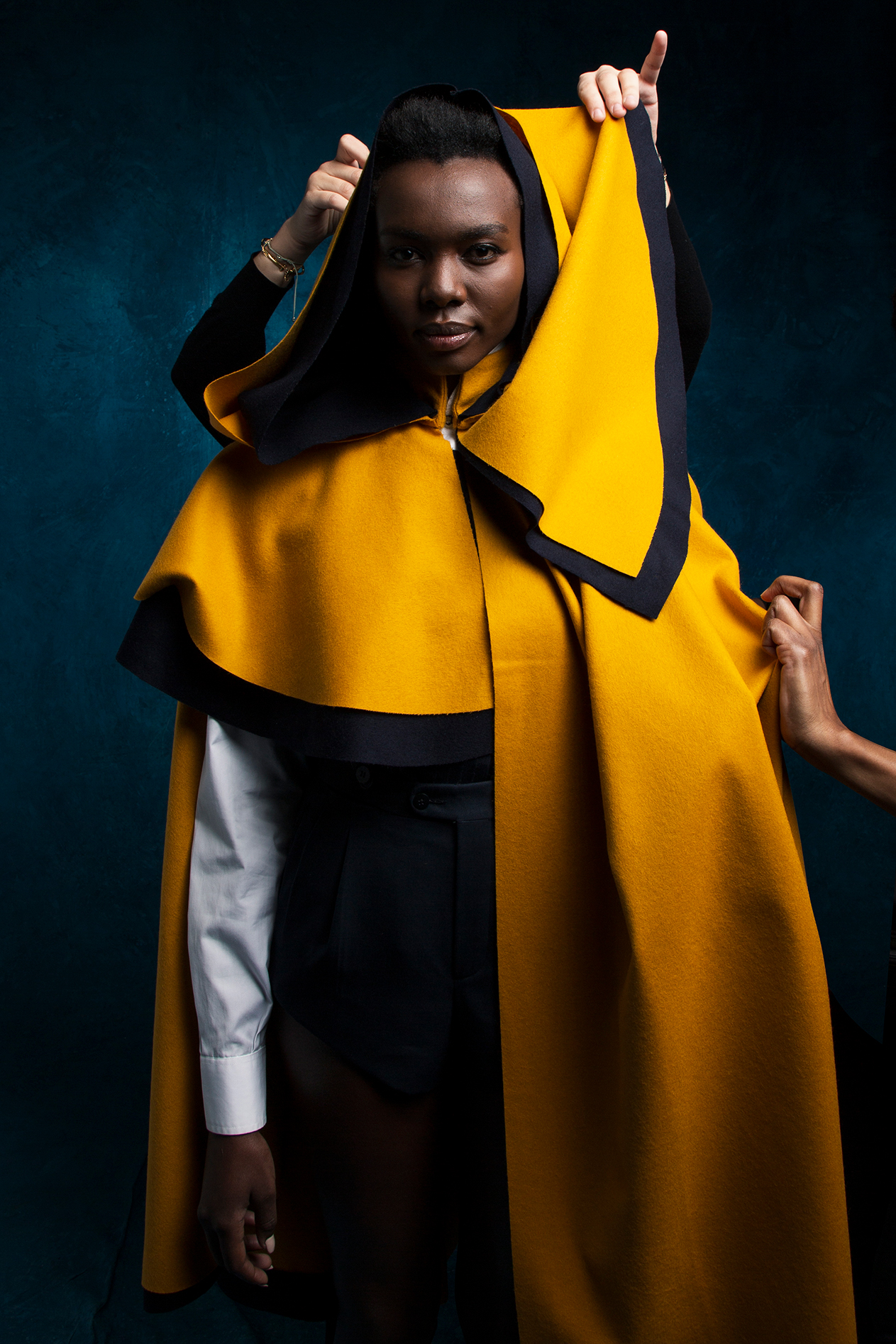 trendy weight at the Paris Men’s Fashion Week, while at the same time defending its roots of craftsmanship, luxury and sustainability.

Paris Fashion Week, while defending its roots of craftsmanship, luxury and sustainability.

In the “Marinas” collection, Oteyza, a brand founded in 2012 by Paul García de Oteyza and Caterina Pañeda, presented a

homage to the Atlantic landscapes and seascapes of the abstract painter Nicolas de Staël, much admired by the creators.

Blues, whites, mustards, bluish greens and oranges coloured the accessories, such as bob hats and wellies, and

They are used in double-breasted coats, stand-up collars and scarves that emulate lapels.

The house’s unmistakable black, grey and brown styling is back in lighter tailored coats and suits, and in the lighter, more tailored suits within

The house’s signature black, grey and brown styles are back in lighter coats and tailored suits in the autumn-winter 2022 line.

of urban style, introducing Spanish craftsmanship in the avant-garde to compete at the highest level”, explains Oteyza in

For the creator, this collection is the “gateway for Spanish craftsmanship in street wear and in more urban, fashionable and trendy behaviours”.

Versatile garments, lighter, more flexible and unstructured than those previously seen, for a man who moves “in different scenarios and in different environments”.

different scenarios and in different environments”.

“It is designed for a man with a certain sensibility and a lot of energy to face the new codes of masculine beauty, which Oteyza

Oteyza is always looking to make progress”, says the designer.

The brand is also returning to its Salamanca cloths made of Spanish merino wool with natural dyes and double dyeing, and 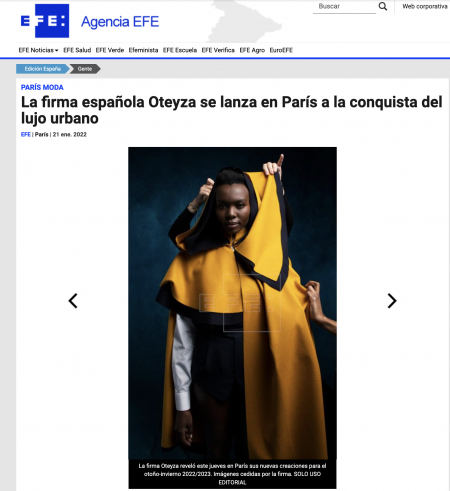 Awarded in 2021 with the Madrid Capital of Fashion Award, granted by the Madrid City Council, and finalist in recent years in numerous competitions organised by

in recent years in numerous competitions organised by international magazines such as Vogue and T Magazine, Oteyza defines itself as a continuously evolving

as a laboratory of creation in continuous evolution.

In addition to this growth, Oteyza’s entry into the Paris Fashion Week within the official calendar chosen by the Federation of

Haute Couture and Fashion Federation is added as a high-level recognition, which is boosting the international reputation of the

A boost that is reflected even in spite of the current context, when the coronavirus pandemic has forced Oteyza to present its collection for the third time.

Oteyza presented his collection in Paris for the third time in a digital format, with a video where they try to combine the details of the fabrics and the artistic aura.

and the artistic aura.

“The Federation is doing a great job in disseminating the shows through large platforms and media groups in Asia and the United States.

in Asia and the United States, which allows us to discover new clients that we might not have had the chance to meet in a physical fashion show,” says the

the occasion to have”, says the designer.

However, the couturier does not hide his ambition to be in Paris in June, during the next edition of the catwalk,

The strong spread of the omicron variant of the coronavirus forced a change of plans at the end of December, forcing the brand to change his

Oteyza tries to look at the situation with perspective.

It’s been a learning experience and it’s made us put our batteries to work on our digital side, the website, the online point of sale, etc.,” says the designer,